Uber has filed suit against New York City over the city’s cap on ride-share cars, which the company says unlawfully stifles competition. 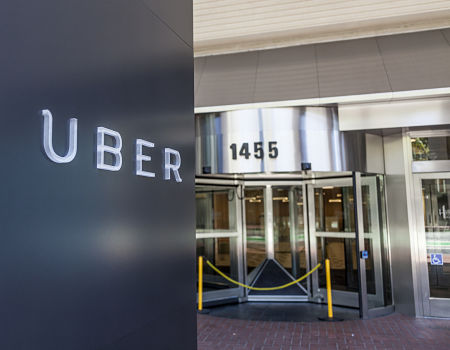 “Rather than rely on alternatives supported by transportation experts and economists, the city chose to significantly restrict service, growth and competition by the for-hire vehicle industry, which will have a disproportionate impact on residents outside of Manhattan who have long been underserved by yellow taxis and mass transit,” reads the suit, filed in state supreme court.

“The City made this choice in the absence of any evidence that doing so would meaningfully impact congestion, the problem the City was ostensibly acting to solve.”

The New York City Council voted the cap into place in August 2018, becoming the first city in the United States to limit apps and drivers working for Uber, Lyft and others.

The new rules temporarily ended the issuing of new for-hire vehicle (FHV) licenses and adding a new license category for the companies. The new license category covers companies that have at least 10,000 trips per day, which must apply for a two-year license from New York’s Taxi and Limousine Commission (TLC) and submit a business plan to demonstrate a need for service.

The city included a drivers' minimum wage requirement and called for a year-long study of the industry.

"The unchecked growth of app-based for-hire vehicle companies has demanded action — and now we have it," NYC Mayor Bill de Blasio said in August. "More than 100,000 workers and their families will see an immediate benefit from this legislation. And this action will stop the influx of cars contributing to the congestion grinding our streets to a halt."

Advocates said the bills would raise the quality of life for drivers, many of whom they said live at or below the city’s poverty level. But critics echoed previous accusations that the regulations would signal a return to the "bad old days" of poor service, especially in the outer boroughs.

"The city's 12-month pause on new vehicle licenses will threaten one of the few reliable transportation options while doing nothing to fix the subways or ease congestion," an Uber spokesman said.

"These sweeping cuts to transportation will bring New Yorkers back to an era of struggling to get a ride, particularly for communities of color and in the outer boroughs," Lyft Vice President of Public Policy Joseph Okpaku said. "We will never stop working to ensure New Yorkers have access to reliable and affordable transportation in every borough."

The lawsuit also claims that the state’s congestion-pricing law, which sets a surcharge on for-hire vehicle rides that take place below 96th Street in Manhattan, made the cap redundant.

Taxi and Limousine Commission officials say the amount of “black cars” — the category of vehicles that typical use ride-share apps — has increased since the City Council passed the cap in the summer because of a last-minute dash to get agency license plates before the law went into effect.

Taxi advocates say the lawsuit is another example of Uber trying to seize as much of the for-hire vehicle market as possible.

“Eight drivers have now died by suicide because of the crisis Uber created. That’s why Uber drivers and yellow-cab drivers from across the city united to win the historic cap on for-hire-vehicles — to put an end to the financial despair, debt, and poverty that is literally killing our brothers,” Bhairavi Desai, executive director of the New York Taxi Workers Alliance told the New York Post. “Uber created this crisis of congestion on our streets.”

City officials agreed that Uber is clearly responsible for the traffic congestion that has plagued the city in recent years.

“No legal challenge changes the fact that Uber made congestion on our roads worse and paid their drivers less than a living wage,” said spokesman Seth Stein. “The city’s new laws aim to change that.”